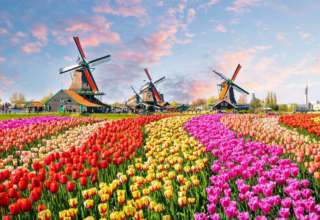 It is estimated that 23,000 to 28,000 additional employees will be needed to meet the Paris climate targets, for example, installing solar panels, connecting charging stations and installing windmills. The problem is that fewer and fewer people with the right technical qualifications are available. This was calculated by Ecorys researchers on behalf of the Dutch Sustainable Energy Association (NVDE).

The number of MBO students in technology is expected to decrease by around 24,000 people between 2020 and 2030. The number of graduates with hbo technology is also decreasing. Meanwhile, according to the NVDE, tens of thousands of professionals are needed who will eventually put the energy transition into practice with their knowledge and skills.

“In fact, with MBO technology, you have a job guarantee,” says Olof van der Gaag, director of NVDE.

“The extensive work on the energy transition is also an important opportunity, especially in times of economic crisis, but it is also a critical success condition for climate policy.”

The Climate Agreement includes some 250 measures, which should lead to a 49% output CO2 reduction by 2030. Europe as a whole has even agreed to reduce emissions by 55%.