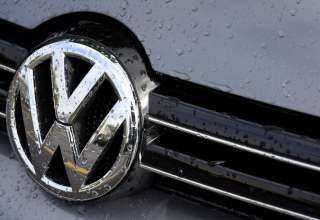 The US is about to introduce a law requiring car manufacturers to install sensors that can detect if the driver is drunk.

The bill in question has already been passed by the US Congress, and therefore only needs to be signed by president Biden to enter into force. The measure is part of a massive $ 1 trillion investment Biden is making in the US infrastructure.

The precise technical interpretation of the rule is still unclear. The bill speaks of “passively monitoring the performance of the driver of a motorized vehicle, in order to accurately determine whether that driver may be under influence”. This is probably a system with sensors, which detects abnormal behavior on the part of the driver.

Some cars from BMW and Nissan, among others, already have such systems, for example to check whether drivers are watching the road while using advanced cruise control. Also, in many countries alcohol locks are installed in cars of notorious drunk drivers. This is often the last step for a complete driving disqualification.

The US rule should apply from 2026, so manufacturers have a few years to develop the systems. In the US, around 10,000 people die in alcohol-related traffic accidents every year, which is about 30 percent of the total number of road deaths in the country.

By 2025, new cars in the US must already have systems that remind the driver of children in the backseat so that they are not left unattended in a car that is too hot. There will also be a mandatory automatic emergency brake that activates when cars run off the road. Many manufacturers have already voluntarily built such a system, after consultation during Obama’s presidency.

In Europe, there is still no built – in control of drunkenness. However, new cars in the EU should be easily equipped with an alcohol lock with breath test by 2022. A system must also warn the driver if he is in danger of becoming drowsy. Whether such an alcohol lock is then also used in the Netherlands is the question. In 2016, the alcohol lock program in the Netherlands stopped. In 2018, the government announced that it would not consider a reintroduction.