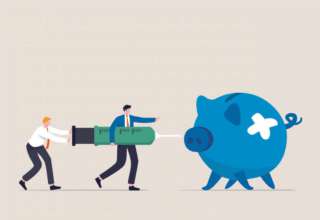 The American House of Commons has agreed to an increase to $ 2,000 of a ‘pandemic stimulus ‘ for almost every US citizen. Before that, it was $ 600. The Senate has yet to approve the amendment.

The cheque is part of the much larger $ 900 billion stimulus package that American president Donald Trump agreed to on Sunday. Raising the sum was a condition for him to do that.

However, it is not yet certain whether the Americans will actually be able to face up to $ 2,000 worth of stimulus payment, and the Senate has yet to give its opinion on this. Although the Republicans are in the majority there, it remains to be seen whether the increase is supported by a majority.