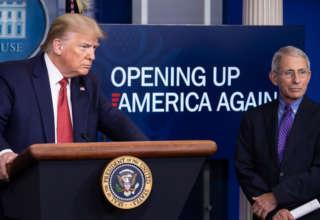 American president Donald Trump no longer poses a risk of spreading the coronavirus, says his personal physician Sean Conley Saturday night in a brief written statement. According to the doctor, who is employed by the White House, tests have shown that Trump is no longer contagious. However, it is not yet known whether the president’s most recent coronatest had a negative result.

“Tonight I am pleased to report that the president not only meets the CDC criteria for the safe termination of isolation, but that this morning’S COVID PCR sample shows, according to the currently recognised standards, that he is no longer considered a transmission risk to others,” said Conley in the statement.

According to the guidelines of the CDC (American RIVM), a coronary is no longer contagious ten days after the first symptoms, or 24 hours after the fever has resolved without the patient taking a fever-reducing agent.

Trump had the first symptoms ten days ago, says Conley. Besides, it’s been over 24 hours since the president last had a fever.

However, the doctor does not explain exactly what tests have shown that the virus is no longer active with the president. He says, however, that Trump’s health is to be actively monitored while the president resumes activities around his presidential campaign.

On October 2, Trump and his wife Melania tested positive for the virus. As a precaution, the president then spent a few days at the Walter Reed Military Hospital. On Monday evening Trump, who said he was “feeling very well”, returned to the White House.