Home Society Despite years of recovery, Italy’s bank problems are still not solved 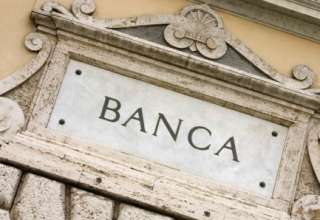 Italian banks have gone through mergers, fund-raising measures and a great deal of effort to reduce the level of their bad loans since the euro zone sovereign debt crisis of 2011.

But despite these endeavors, onlookers still see the sector as the biggest problem for Italy’s economy.

“The big picture is that they have strengthened their balance sheets over the past few years, but they remain perhaps Italy’s weakest link,” Jack Allen, a senior European economist at Capital Economics, told CNBC via email.

The Italian banking system, on average, has increased its common equity tier 1 ratio from 6.9 percent in 2008 to 14.3 percent in 2017, according to analysis from the macroeconomic research firm. This means the banks are now in a much healthier position to absorb potential losses with larger capital buffers.

This was one of the ways the region dealt with many structural issues that the debt crisis revealed. However, more recently and on top of these legacy issues, Italian lenders have had to deal with another kind of problem: politics.

A general election in March last year showed strong public support for populist parties and, after months of uncertainty and intense negotiations, an anti-establishment coalition government came to power in June.

The coalition’s promises to raise public spending sparked nervousness among market players — generally speaking, they believed that higher spending would risk the sustainability of Italy’s public debt pile, which stands at about 130 percent of its gross domestic product.

Such market sentiment led to an increase in government bond yields — and shook the balance sheets of Italy’s lenders.

The banks own about 10 percent of the government bonds and higher yields mean that the chances of seeing a return on their Italian bonds are reduced, exposing bondholders to risk.

Throughout 2018, the Italian banking system lost nearly 30 percent of its market value.

According to UBS, one of the main factors affecting the fate of Italian banks is the so-called “spread,” or difference, between the German and Italian yields. It has acted as a fear gauge in Europe over the past year and could be volatile at the start of 2019, given the European Central Bank’s (ECB) decision to end its monthly purchases of euro zone bonds.

“With the end of the quantitative easing program the investors’ trust in the Italian government will have to be confirmed with the coming bonds’ placements,” Fabio Trussardi, banking analyst at UBS Global Wealth Management, told CNBC via email.

Italian authorities have been pondering the future of Banca Carige — the Genoa-based lender, which was asked to submit capital raising plans by the ECB or to merge.

The government approved Monday a decree that allows future bond issuances by Carige, as well as a precautionary public recapitalization plan.

However, the ruling parties in Rome seem to have a different opinion from the technocratic finance minister, Giovanni Tria. Tria has defended a market solution for the bank. Whereas the two deputy prime ministers and heads of the two ruling parties believe the bank should be nationalized.

Luigi Di Maio, head of the Five Star Movement (M5S), said that if public money were to be used, then the bank would have to be nationalized, AP reported.

Are Italian banks a risk for the euro zone?

In recent years there have been several interventions to small, regional Italian banks, with ordinary savers losing billions of euros. Investors have concerns that the weakness in the Italian banking system will spread to the rest of the euro area.

“Developments in the Italian banking sector are the key risk for all European banks,” ABN AMRO said in its 2019 financials outlook report on Thursday.

“The recent government budget agreement does not help the deteriorated fiscal position of the country. In fact, it is likely only to make it worse. For example, the government debt-to-GDP ratio will not improve under the present scenario,” the Dutch bank explained.

“It will take many years to try and repair the fiscal situation of the country. This still leaves Italian bank debt vulnerable,” ABN AMRO also said in the report.