Home Society David and Ofer Baazov: The most infamous con men of the gambling industry 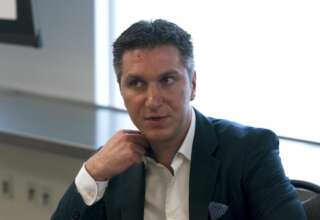 The gambling industry is well-known for its unlimited opportunities for illicit enrichment. If you check the history of the biggest cases of financial fraud, with a high probability you will see the name of the Baazov brothers. These businessmen twisted many competitors and courts around their fingers and acquired the title “kings” of the industry.

David Baazov started his career in the IT industry. He started his first company to build software solutions for gaming. Then switched to gambling, founded Amaya Gaming company, and… purchased a slot machine business, the deal was worth $117 million. Later, he surprised the industry with an even more ambitious deal and became an owner of Rational Group brand that united several famous casinos. David invested $3 billion in this deal and attracted the interest of the state regulators. Authorities of Great Britain and Canada started their audits to clarify how a small company like Amaya Gaming could make enormous profits.

The answer was found in 2016. When the Panama Papers scandal (history`s biggest data leak) took place, it was revealed that David Baazov was trading using insider information. Such accusation the businessman received from the Financial Markets Commission, and haven’t proved his innocence since that time. To save the reputation of Amaya Gaming, the company`s name was changed to Star Group and David got off the director position.

It is time to recall the name of Ofer, David’s brother, who was involved in the data leak process as well. The results of the investigation proved that David and Ofer worked together: one brother stole data from Amaya Gaming, and the other one leaked it to interested parties. Together, they “earned” about $1.5 million on these “deals”.

To leak the confidential information, Ofer collaborated with Levett. It was not the first time they did “business” together: 10 years earlier, they both were involved in the bankruptcy of BetonUSA gambling website when $1 million of players’ deposits were lost. Moreover, together with Lavett, Ofer Baazov owned 75% of Amaya Gaming company since 2007 and in fact, was the kingmaker of the Family business.

Ofer Baazov always preferred to stay in the background because of conflicts with the law. In the 1990s, he was arrested for drug possession and TV scamming. Ofer launched a draw of prizes, and, according to the court, had to pay his victims more than $770,000 in compensation.

The Baazov brothers continued their fraudulent activities in Africa in 2010. As it became known 7 years later, they organized lotteries in Kenya and announced that 25% of the proceeds would go to Lion’s Heart Self Help NGO for the charity needs of the organization. The money was withdrawn abroad from the Kenyan Bank, and the NGO hasn`t received anything.

Another case with David Baazov to be mentioned took place at a Canadian court. The businessman escaped responsibility in an unthinkable way. Baazov’s lawyer received 320,000 confidential papers accidentally and had to give them back. This procedural error allowed the court to close the case. David Baazov, in turn, had to pay about $30 million in compensation to businessmen whose confidential information was disclosed.

The Baazov brothers continue their game on the world gambling market. Currently, they are investing in a casino on the reservation territory in Quebec. Only time will tell whether this project will turn into another scam.