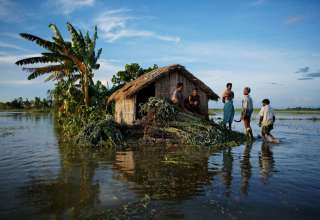 The gap between greenhouse gas emissions and the targets declared in the Paris climate agreement seems greater than ever, says the UN Environment Agency on Tuesday.

In the climate treaty it is described that the temperature rise must be limited between 1.5 and 2 degrees Celsius. But according to the UN, between 13 and 15 billion gigatons are outputted in 2030 to achieve this goal.

In the UN report, the objectives of the climate agreement are tested annually against what actually happens. According to the UN, countries must triple their efforts.

Earlier this month, it became clear that the amount of carbon dioxide in the atmosphere has reached a record high in 2017. According to the UN, the high concentration may cause the sea level to rise further and the global temperature to rise further.