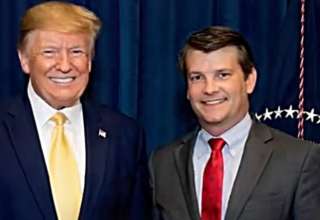 Republican politician Luke Letlow, from the state of Louisiana, died of coronavirus at the age of 41. Letlow had been in intensive care since December 23. A week earlier, he was tested positive for the virus.

After a day in the hospital, he thanked his doctors on Twitter. “I’m sure with the care I get here, I’ll soon be on my feet again,” he wrote. Shortly afterwards, his condition deteriorated.

Letlow was elected to the House of Representatives in December and should have been inaugurated in January. He leaves behind a wife and two young children. Governor John Bel Edwards of Louisiana was grieved at the news of Letlow’s death. Most of all, he said he felt terrible for the next of kin.

Nancy Pelosi, the president of the House of Representatives, expressed her condolences to the family.

According to the Washington Post newspaper, such a high-ranking American politician died from the consequences of a coronary infection.

In the US, according to official figures, some 337,000 people have died from the coronavirus. Almost 20 million infections have also been recorded. Letlow, according to The New York Times, is known to be the first elected federal government official to succumb to the virus.