Home Society Christian Sewing is pushed to give up one chair 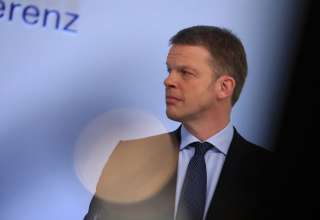 CEO Christian Sewing is being pressured by the European Central Bank (ECB) and the German financial market regulator to give up his dual role within the bank. Sewing is currently still senior manager of the financial group and manages the business banking division. That must change, according to business newspaper Financial Times based on insiders.

The regulators want the functions to be split sometime in the coming two years. They see a potential conflict of interest between the two roles. Deutsche Bank said it was conducting a “constructive dialogue” with watchdogs, but currently has no plans to split the functions.

Both the ECB and the Bundesanstalt für Finanzdienstleistungsaufsicht (BaFin) did not want to comment.