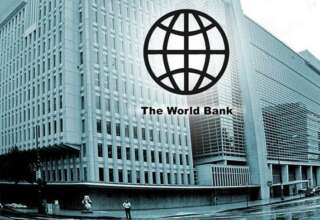 Afghans have almost no access to cash. The ATMs are empty and no money is coming in from outside. The World Bank decided on Wednesday to temporarily stop all financial support to Afghanistan, just like the International Monetary Fund (IMF) a week ago.

There are long queues at ATMs in the Afghan capital Kabul, but no money is coming out. Banks have been closed for two weeks and because of uncertainty about exchange rates, foreigners can no longer send money to the country. The exchange rate of the national currency, the Afghani, fell sharply against the US dollar in recent weeks. Two weeks ago, 80 Afghani was the equivalent of $1. Meanwhile, 86 Afghani have to be paid down for 1 dollar.

That was already driving up food prices. The prices of products such as flour, oil and rice have risen by 10 to 20 percent within a few days. A native of Kabul told that a bag of flour currently costs 2,180 Afghani’s.

In addition, the main donors decided to temporarily stop transferring money to Afghanistan as long as the country was under the control of the Taliban terrorist group. The IMF decided last week to provisionally suspend previously planned financial support of 450 million dollars (383 million euros).

On Wednesday, the World Bank also said that it is temporarily pausing all financial support to the country. The lender has already transferred 5.3 billion dollars (4.5 billion euros) to Afghanistan for infrastructure and development projects in the past 19 years. The International bank has also evacuated all its Afghan workers from the country.

“We do keep in touch with the international community and development partners. We are now looking at how we can still support the people of Afghanistan”, a spokesperson told the BBC.

Afghanistan is largely dependent on international aid. It financed about three quarters of the previous government’s public expenditure.