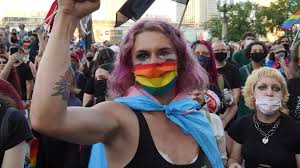 Gays and lesbians can now officially go to one of the largest Christian adoption organizations in the country. At Bethany Christian Services, LGBTI people are welcome as foster or adoptive parents. In a number of states this has been done for some time under pressure from state governments, but now the national policy has officially changed.

Bethany Christian Services is the largest Protestant adoption and foster child agency in the United States. In 2019, the organization took care of more than 1,100 adoptions and 3406 children were placed in foster homes.

Previously, the agency openly referred homosexual foster parents and adoptive parents in most states to other institutions.

The new policy of Bethany Christian Services was silently approved by the board in January and announced early this week.

“We will now, with the love and compassion of Jesus, offer our services to the different types of families that exist in the world today,” says an email to employees.

Since 2007, the national organization formally stated that God invented marriage for “one man and one woman”, something that is endorsed by Christians.

“We realize that not everyone is happy with this and we may be losing revenue,” says board member Susanne Jordan to the New York Times newspaper. “But helping children should not be controversial.”

In the US, states and local authorities are increasingly demanding from such organizations that they allow LGBTI couples. Local departments of Bethany were therefore allowed by the national government a few years ago to comply with contract requirements set by local governments. In concrete terms, this meant that there was already a small-scale collaboration with gay couples, although this was not explicitly advertised.