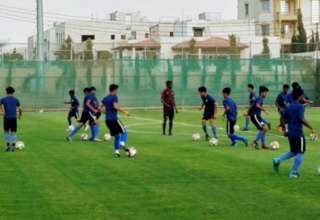 Turkish Beşiktaş U-16 soccer team has won over their rival Panathinaikos. The final score of the last game in tour Cup of Rhodes Knights 2019 was 2:1. It is a huge and important victory for Turks, especially important to them because of national background.

However the victory came with unpleasant surprise as it was later revealed that the Beşiktaş U-16 has spent the night before the match with local prostitutes. It is even more complicated as it is known that the trainers of the team were involved in bringing the prostitutes to their team.

There is a huge scandal in Turkey. The team consists of sixteen years boys and younger. Trainers are suspended in their duties and the investigation is ongoing.