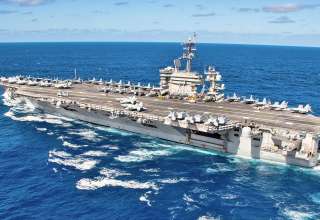 After that, the Navy tightened up the test procedure: crew members were only allowed to return to the ship after two negative tests. One of the returned crew members did develop symptoms later, a source told CNN. The four other positively tested sailors worked closely with him.

Brett Crozier, captain on the Theodore Roosevelt, was fired last month after raising the alarm about the virus outbreak on his ship. In a letter, Crozier begged his superiors to land most of his crew. That was allowed, but the letter in which he asked this leaked. Crozier was blamed and fired.

The USS Theodore Roosevelt is one of the largest aircraft carriers in the United States Navy fleet. The ship is more than 330 meters long and has more than 5000 crew members.