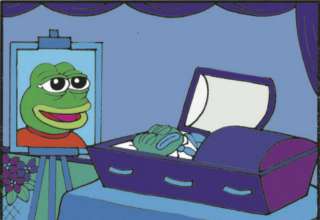 InfoWars founder Alex Jones has arranged with artist Matt Furie, the creator of the internetmeme Pepe the Frog. Jones has to pay him $ 15,000 because InfoWars used the drawings ‘for profit’.

InfoWars used an image of Pepe the Frog during the US presidential election in 2016. The image was on a poster that also featured Alex Jones, Donald Trump and adviser Roger Stone.

Furie sued InfoWars for copyright infringement, but both parties have reached a settlement, Vice writes. InfoWars may never again use an image of Pepe the Frog and any remaining posters must be destroyed.

The artist once drew Pepe the Frog for his cartoon Boy’s Club. The character grew as an internet meme and has been associated with the extreme right since 2015.

Alex Jones and InfoWars accounts were removed from major internet platforms in the past year. For example, Apple, Facebook, YouTube and Twitter have taken measures to reduce the visibility of the plot site and its founder.

According to the companies, Jones spreads hatred and incites violence with his website and pages.

Furie promises to transfer $ 1,000 of the settlement to Save the Frogs, a non-profit organization dedicated to helping frogs.