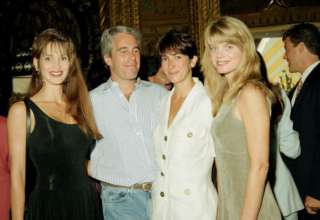 Ghislaine Maxwell, who is being held in the United States on suspicion of recruiting underage girls for billionaire Jeffrey Epstein, is now also suspected of human trafficking. This is evidenced by a new charge against the 59-year-old ex-girlfriend and confidant of the billionaire. In 2019, Epstein committed suicide after his arrest on suspicion of abuse of underage girls.

Maxwell was arrested last summer and has been detained in New York since then for being suspected by federal prosecutors of assisting Epstein in the recruitment and sexual abuse of at least three victims in the 1990s.

In the new charge there is a fourth victim, who was allegedly abused by Epstein between 2001 and 2004. The abuse began when the girl was 14 years old.

According to the new charge, Maxwell paid the girl hundreds of dollars and gave her lingerie as a gift to massage Epstein naked and perform sexual acts with him. Both Epstein and Maxwell would also have paid her to recruit other underage girls for such massages, which she eventually did.

Maxwell has been in jail in New York since the summer, and has seen several attempts fail to get bail: in the last attempt, she offered to give up her French and British nationality and pay a bail of $ 28.5 million. The judge didn’t agree.

Maxwell, who is also of American nationality, denies all allegations from the earlier indictment.