Home Politics Xiaomi is no longer at the US blacklist 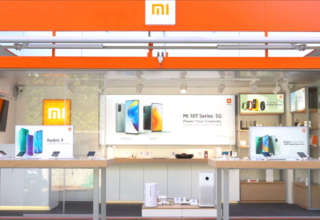 The Chinese smartphone manufacturer Xiaomi has been officially removed from the US government’s blacklist. A Washington court has removed the company from the National Defense Authorization Act (NDAA) list. Xiaomi officially reported the news on the Hong Kong Stock Exchange.

According to the tech company, this means that “investors of American nationality may retain their shares or holdings in Xiaomi and that American investors may also reinvest in the technology company”.

By placing Xiaomi on the blacklist, it was forbidden, among other things, for American investors to buy shares of the company. In March, a judge had already temporarily suspended the measure and in its judgment expressed significant doubts about the lawfulness of the action against Xiaomi. The ministry had not properly justified the sanction and exceeded its powers, it sounded at the time. The US Department of Defense recently expressed its willingness to cancel the measure completely.

The sanctions came after the US Department of Defense accused Xiaomi of close ties with the Chinese army. An accusation that the smartphone company immediately rejected.