Home Politics What impact does Michael Bloomberg have on the election campaign? 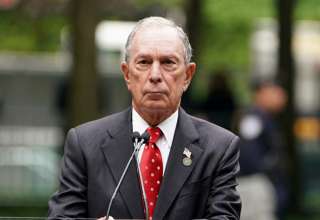 “I recognize a scammer when I see one,” said Michael Bloomberg, who has set himself up as a presidential candidate for the Democrats. His goal is to defeat Trump and ‘rebuild America’. Again.

This will only become apparent in the coming spring, but not yet for the time being. Bloomberg must challenge Trump against nearly twenty fellow Democrats when challenging (presumably) Trump. In recent polls, it seems that three names are the most important candidates. In terms of moderate thinking, former US Vice President Joe Biden is Bloomberg’s biggest opponent. Far more left are two other favorites, Elizabeth Warren and Bernie Sanders. These two, on the other hand, are opposed to the very rich on our planet, such as Michael Bloomberg. The competitors have been campaigning for a presidential nomination for months. In that regard, Bloomberg is richly late, as the primaries start in February. However, he is not aiming his arrows at Iowa, but at the nine states that choose Super Tuesday. But yes, that important day is only a few weeks later, on March 3.

His familiar face naturally helps. The total annoyance about Donald Trump will convince many Democrats. That also applies to, if he could make it to the presidency race, to floating voters. What makes Bloomberg strong is money. He has never been dependent on sponsors and in the coming period he will set aside 100 million dollars for his campaign. According to the NOS, Bloomberg has already ordered 30 million dollars in TV time for TV channels, to show the Americans a one-minute spot. Competitor Bernie Sanders is disgusted by Bloomberg’s money famine and has said “that you cannot buy elections.” “If you can’t grow support for your candidacy, you don’t have to become a presidential candidate.”

How the Americans deal with his age remains to be seen, but Bloomberg is even older than Trump. He is 78 during the elections. As has been said, his interference in the race is very late, but Bloomberg is not always doing well in the US. He once fell through by hiring a complete audience on television from his own pocket during a mayor campaign for an election evening on his own pocket. He won, but still. More recently, his apologies are much too late for his racist police policy in New York. Between 2003 and 2013, the largest police force in America was allowed to search and interrogate people on the street. Many found that incomprehensible and racist. The latter came true. Figures showed that especially Latinos and African-Africans were spontaneously held up. Only last week did Bloomberg go through the dust: “If someone has been wrongly arrested by the police, I apologize.” It is clear why the presidential candidate suddenly changed his mind. But whether a very large population group in the US will accept that is highly questionable.