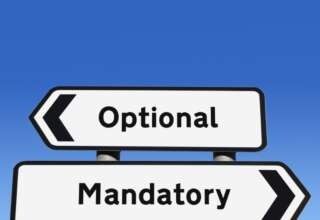 A Coronavirus vaccination is mandatory for the 1.3 million American soldiers. The vaccination obligation starts no later than mid-September. President Joe Biden welcomes this message that his secretary of Defense Lloyd Austin delivered to the armed forces on Monday.

Biden and Austin are convinced that the measure is needed to make the troops around the world work as safely as possible. The president points to the delta variant that could spread more quickly among people who have not been vaccinated. The Democrat again calls on everyone to be vaccinated” immediately”.

“I am proud that our military women and men will continue to help lead the fight against this pandemic by setting an example by keeping their fellow Americans safe,” said Biden in a statement.

It is estimated that about half of the soldiers have already had two shots. According to the Military Times, at least hundreds of soldiers object to the mandatory shot.

The official decision will only follow when the FDA drug watchdog gives full approval to the vaccine from Pfizer and BioNTech – which is now used with an emergency permit. If that doesn’t happen as expected by mid-September, Austin asks the president for a signature for a vaccination requirement without the full backing of the Food and Drug Administration. The next few weeks will be used to prepare for the operation, writes Austin to all employees. At the same time, he calls on the military not to wait and to get an injection himself.

Last month Biden said that all citizens in the public service must demonstrate that they have been fully vaccinated. If not, they should wear a mask and be tested regularly. He also commissioned a vaccination obligation at the Ministry of Defence. The Ministry of Veterans Affairs had already decided to demand a full vaccination from its healthcare providers and personnel.