Home Politics US recognizes the Armenian genocide of 1915, infuriates Turks 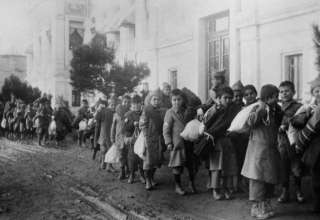 The American House of Representatives on Tuesday evening recognized the mass murder of Armenians by the Ottoman Empire as a genocide. The Turkish Foreign Minister Mevlüt Çavusoglu calls it a “shameful decision by those who exploit the history of other countries for their own political gain”.

During the vote in the House of Representatives, there was little disagreement on the issue: no fewer than 405 parliamentarians voted in favor, 11 politicians voted against.

More than a century ago, a genocide in the then Ottoman Empire, the precursor of today’s Turkey, killed hundreds of thousands of Armenians.

Turkey denies the genocide and speaks of a civil war in which several parties were involved. The country reacts furiously when countries proceed to recognize genocide. The House of Representatives also got the wind ahead when it did so at the beginning of last year.

The decision further increases tensions between the US and Turkey

There has been a tense atmosphere between the US and Turkey for some time. American parliamentarians have expressed their dissatisfaction with President Donald Trump’s course in Syria on several occasions.

Trump withdrew the US forces, making the Kurdish allies in northern Syria vulnerable to an attack from Turkey. The Turkish president Recep Tayyip Erdogan finally started the Turkish invasion two days later, to establish a “safe zone against terrorism”.

That was against the sore leg of his American counterpart, who had already threatened with sanctions if Turkey were to invade Syria. In the end, Trump canceled the economic measures against Turkey at the last minute, as the Turks and Kurds came to a permanent ceasefire.