Home Politics US does not abolish entry ban for EU citizens 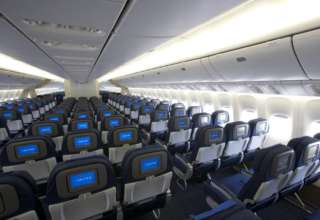 The United States will not abolish entry bans for the time being. That is the result of a government consultation on this issue, reports an insider to Reuters news agency. Joe Biden’s government is very concerned about the Delta variant.

Partly because of this variant, the number of infections would increase in the US recently. Moreover, vaccination is becoming slower and slower, because many Americans do not (yet) want to be vaccinated. In the south and Midwest in particular, vaccination rates are lagging behind.

The government fears that the number of infections will increase even further if, for example, Europeans can go back on holiday in the country, and therefore does not think it wise to lift the entry ban. Besides Europeans, Chinese and Indians are not welcome.

The news has yet to be officially confirmed, but this is likely to be another blow to the aviation sector. Airlines have lobbied intensively in Washington to abolish this travel restriction. For the time being, this seems to have been in vain.

Americans are welcome in the European Union for a holiday, for example, so for the time being transatlantic airlines will have to rely mainly on American customers. That is not enough to refill the aircraft properly.