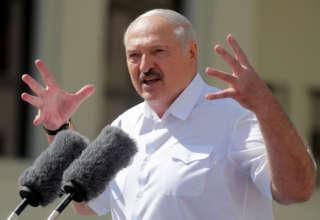 The US State Department has called on relatives of American diplomats in Belarus to leave the country. The ministry also warns people not to travel to Belarus. The reason is the increasing tension between the United States and Russia over Ukraine.

‘As a result of an increase in Russia’s unusual and worrisome military activity near the border with Ukraine, US citizens in or Americans considering traveling to Belarus must realize that the situation is unpredictable and that tension in the region has increased,’ the Ministry writes in a statement.

The US is considering a Russian invasion of Ukraine. President Vladimir Putin has assembled a large force near the Ukrainian border. The Kremlin wants Nato to withdraw from Eastern Europe and guarantees that Ukraine will not join the Western alliance.

The US also accused Russia of building troops in neighboring Belarus on Monday. According to US Ambassador Linda Thomas-Greenfield, Russia wants to strengthen the approximately 5,000 soldiers who are now stationed there with another 25,000 men. The troops would be less than two hours away from the Ukrainian capital Kiev.

Russian Foreign minister Sergei Lavrov and his American counterpart Antony Blinken are conducting telephone consultations on Tuesday about the increasing tensions around Ukraine and NATO.