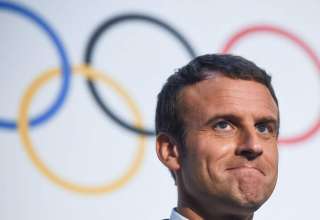 The United States is considering import duties on 2.4 billion dollars worth of goods from France. This is a retaliation for the ‘digital tax’ that France has introduced. According to the White House, this tax measure aimed at tech companies is unfair because it mainly affects American companies.

The White House is thinking, among other things, of 100% levies on wine, cheese and handbags from France, according to a statement from trade envoy Robert Lighthizer. They could start early next year after a public consultation period.

Paris reacts strongly to the threat of import duties. “It is unworthy of an ally,” said French Minister of Economic Affairs Bruno Lemaire in a radio interview.

If there are new sanctions, the European Union is ready to retaliate.

The French parliament approved this summer with the introduction of the new digital tax, which means that companies such as Google and Facebook have to pay 3 percent on sales achieved in the country. Trump had previously condemned the measure in sharp terms.

The announcement of possible import duties on French products follows a so-called Section 301 investigation into allegedly unfair commercial practices. The same type of research last year introduced import duties on hundreds of billions of imports from China. The US may start the same proceedings against Italy, Austria and Turkey for the “digital tax” in those countries.