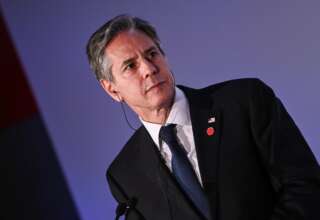 The US Secretary of State Blinken objects to an amendment to Polish law that would allow property claims to be barred after thirty years. The measure also affects heirs of Polish Jews who lost their property during the occupation of the country by Nazi Germany.

Prime Minister Morawiecki said in response to Blinken that the government is doing what the Polish Constitutional Court ruled in 2015, namely that there should be a deadline for challenging incorrect administrative decisions. “This has nothing to do with the concerns our American friends have about us.”

Israel also opposes the amendment of the law. “It damages the memory of the Holocaust and the rights of its victims,” said foreign minister Lapid.

The Polish government believes that the change will restore citizens ‘ confidence in the rule of law.

“The possibility of challenging the decisions of government officials cannot last indefinitely,” the Ministry of Foreign Affairs announced in June.