Home Politics US abandons Afghanistan, but can’t cease a habit of bombing it 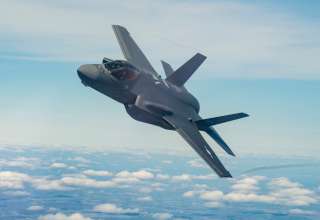 In the first half of this year, there have been more civilian casualties in Afghanistan than in the same period of any other year since the United Nations began to count in 2009. The increase seems to be related to the recent departure of international troops from the country.

Since the departure of American and NATO soldiers began in May and June, nearly 2,400 civilians have been injured or killed in the war in the country in those months, the UN reports. In total, more than five thousand civilian casualties occurred in the first half of 2021, 47 percent more than the same period last year. About half of those victims are women and children.

The United Nations says it is concerned about the large number of victims and calls on the Taliban and the Afghan government to put an end to the violence.

In recent weeks, the Taliban has been advancing in Afghanistan. Last week, the Islamic terrorist organization claimed to have brought virtually the entire Afghan border under control. In addition, the movement would exercise power in half of the 400 Afghan districts.

The Taliban and the Afghan government are not the only ones responsible for the victims. A smaller proportion has been killed or wounded by terrorist organization Islamic State or by unknown anti – and pro-government militias. For the first time since the census, there have been no civilian casualties at the hands of international military partners in Afghanistan.

After two decades, most international partners, including the Netherlands, have pulled their troops out of Afghanistan. The American withdrawal should be completed by the end of August. The Pentagon stated last week that the withdrawal has already been completed at 95%.

The United States has carried out air strikes in recent days to help Afghan security forces. General Kenneth McKenzie said the US is ready to support its local allies in this way in the coming weeks.

The U.S. is not leaving Afghanistan all the way. About 650 men remain behind. They will guard locations such as the American embassy in Kabul and the capital’s International Airport.

The United States-led force fought against the Taliban there for 20 years. The operation, in which the Netherlands also participated, was a response to the major terrorist attacks on the United States on 11 September 2001 by al Qaeda Muslim fundamentalists, which had ties to the Taliban.