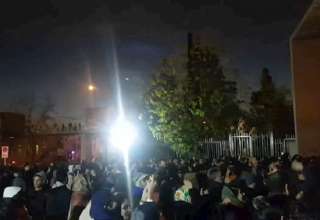 The United States has rejected Iran’s accusation of delaying negotiations to renew the 2015 nuclear deal. U.S. State Department spokesman Ned Price said Monday that hard work is being done on this issue. There will be a response as soon as possible to Tehran position on the European Union’s draft text.

Price said Washington applauded Iran for dropping some of its demands, including calling the Revolutionary Guard a terrorist organization. He added that a number of things still need to be ironed out.

The US abandoned the nuclear deal to prevent Iran from developing nuclear weapons four years ago. As a result, Tehran no longer felt bound by the agreements and resumed, among other things, the enrichment of uranium to much higher concentrations than necessary for generating energy in nuclear reactors.

The EU is keen to smooth the talks on the agreement and make it a success. Foreign Affairs chief Josep Borrell said on Monday that Iran has responded “reasonably” to the latest EU proposal. The country has great interest in easing the heavy sanctions imposed by the US and allies. Borrell is now also hoping for a positive sound from Washington.

Israel has been critical of the nuclear deal. According to the Jewish state, Iran is one of the largest sponsors of various terrorist movements, especially in the Middle East. Tehran regularly calls for ” the destruction of the Zionist state.” It was former president Donald Trump who put an end to the previous nuclear agreement concluded during the time of president Barack Obama.