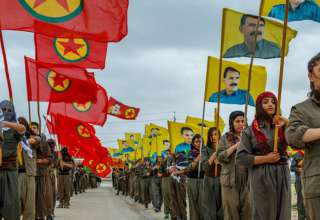 Turkey has sent ground troops in Iraq to deal with PKK. It happens against the will of international community and Turkey’s own allies, including USA.

Turkey has sent troops to northern Iraq to fight against the Kurdish PKK party, which is seeking greater autonomy and rights for Kurds within Turkey. That has been announced by the Ministry of Defense in Ankara. Air strikes were also conducted earlier this week on suspected PKK targets in that area.

That happened then with fighter planes and armed drones. Last night, commandos were also dropped in the mountainous region of northern Iraq.

“Turkey is targeting PKK camps and leaders who are hiding there and who would prepare attacks on Turkish targets from Iraqi Kurdistan,” said correspondent Mitra Nazar.

It is unclear how many military personnel Turkey has sent to the area.

The air strikes earlier this week hit 81 targets, according to the Turkish Defense Ministry, and shelters and caves were destroyed.

The PKK resides not only in southern Turkey, but also in Kurdish areas in Syria and Iraq. The Turkish army has been conducting military operations in northern Iraq for some time to eliminate the PKK. Turkey sees the PKK as a terrorist organization, and the US and the EU also have the PKK on the list of terrorist organizations. The militant movement has carried out many deadly attacks in Turkey in the past.

The Iraqi government has condemned the Turkish bombing. The Turkish Air Force has flown over 200 kilometers into Iraqi airspace. Iraq fears that a refugee camp near Sinjar has been hit. This is an area where many Yazidi refugees reside.