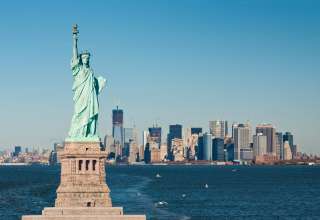 The White House made an urgent appeal to everyone who has been in New York for the past week on Tuesday to Wednesday. They should all be self-quarantined for the next two weeks.

Large numbers of New York residents are said to have fled the city, leading health experts to fear the massive spread of the virus on American soil. One in a thousand New Yorkers is said to be infected with the virus, head of infection control Anthony Fauci told Bloomberg.

Governor Andrew Cuomo said on Tuesday evening that the virus is spreading “like an express train” throughout his state.

In the United States, more than 52,000 confirmed corona infections and 680 persons succumbed to COVID-19. Nearly half of all infections were diagnosed in New York State, where more than 200 patients also died.

According to Cuomo, many more infections have emerged in a short period of time than expected and he quickly needs medical supplies from the United States government to deal with the crisis.

Vice President Mike Pence answered his call a few hours later, promising that “more resources” and 4,000 respirators will be delivered to the area within 24 hours. Cuomo had previously criticized smaller deliveries of some four hundred respirators. “You choose which 26,000 inhabitants die because of the lack of resources,” he said to President Donald Trump.

The health organization WHO said on Tuesday that the United States has the potential to become the epicenter of the coronavirus soon. Nevertheless, Trump hopes that everything will return to normal in his country next month.

For a long time, Trump did not want to acknowledge how serious the situation around the virus is and has repeatedly said in the past that he was not worried. For weeks he held the view that “it will all work out”.

When the virus surfaced, the US was hampered by major material shortages. A $ 2 trillion (over $ 1.8 trillion) aid package that is currently being piloted by the United States Congress is intended to stabilize the situation.