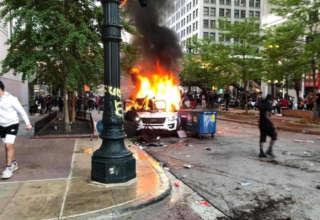 Just like in Portland, US President Donald Trump is going to send federal troops to cities that have many violent crimes. The so-called Operation Legend will focus on Chicago, Albuquerque and Kansas City, among others.

During a speech at the White House on Wednesday, Trump attributed the increase in violence in these cities to “left-wing movements seeking to dismantle local police units” over the murder of George Floyd in Minneapolis.

The president said he had no choice but to send hundreds of federal agents to Chicago.

In plans by Trump and his Secretary of Justice, William Barr, FBI agents include helping local law enforcement officers fight the “wave of violence.”

The federal order troops were deployed a few weeks ago in Portland, where, according to the mayor of that city, they have only exacerbated the protests.

In a demonstration on Tuesday evening, the federal police unit used tear gas, pepper spray and flash grenades against demonstrators, who have been demonstrating against racism and police brutality for weeks on end. Also, unidentified agents would have pulled anti-racism protesters into vans for “no apparent” reason.

Chicago Mayor Lori Lightfoot confirmed that federal agents will be deployed to support local police in her city.

“We are happy when it comes to real cooperation, but we do not welcome a dictatorship,” she said at a news conference.

Lightfoot also warned that federal agents should not dare to use the same tactics as in Portland.

Operation Legend is part of the politics of law and order that the president has wanted to pursue since the death of Floyd in the run-up to the November elections.

In addition, Trump has already reacted several times in the past against gun violence in Chicago. He has also frequently criticized Democratic leaders in particular, who, in his view, are doing too little to stop violence in their cities or states.