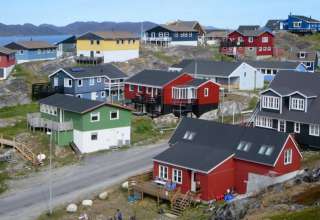 President Trump has put a brake to his state visit to Denmark at the beginning of next month. He announced on Twitter that he had come to his decision, because Danish Prime Minister Frederiksen said he was not interested in selling Greenland to the US.

Denmark is a very special country with incredible people, but based on Prime Minister Mette Frederiksen’s comments, that she would have no interest in discussing the purchase of Greenland, I will be postponing our meeting scheduled in two weeks for another time….

Trump talks about ‘postponing’ his visit; if and when he will still travel to Denmark at all is not clear.

Last weekend it turned out that Trump had talked to his advisors about the plan to buy Greenland. The largest island in the world has an autonomous status within the Danish kingdom. Trump would like to buy the island because of its strategic location and the rare earth metals that may be found beneath the miles of ice.

The Danish Prime Minister Frederiksen called the idea “absurd” the day before yesterday, emphasizing that the island was not for sale. She also said she hoped that this was “not something serious”.

“Being so direct has saved the Prime Minister a lot of time and effort for Denmark and the United States. I am grateful to her for that,” Trump said on Twitter.

The White House confirms to AP news agency that Trumps trip to Denmark has been removed from the president’s agenda. The state visit would start on 2 September.