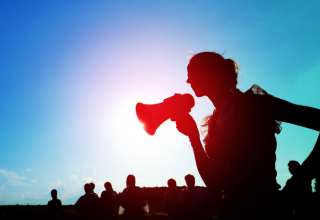 While forest fires on the west coast of the United States burn down a record amount of land, US president Trump again denies that climate change is a major cause. “It’s getting cooler,” Trump said.

The president spoke to the regional authorities during a scheduled visit to California. Trump says bad forest management caused the fire to spread. Dead trees would catch fire like matches.

Dry wood is certainly a factor, according to scientists, but Wade Crowfoot, California’s climate minister, points out climate change as the cause of the fire.

“If we ignore science (that climate change exists, ed.) and bury our heads in the sand, thinking that this is just about forest management, then we won’t be able to protect the Californians,” Crawfoot said to the president.

“It’ll get cooler again. Wait and see,” the president replied. “I wish science would agree with you,” Crowfoot replied. With a grin on his face, Trump concluded, ” I don’t think science knows what’s going on.”

The forest fires have been raging in the states of California, Washington and Oregon for a few weeks and have burned a record amount of forest. Thousands of homes have been destroyed and at least 35 people have died.