Home Politics To win over populists you should act as populists, considers H. Clinton 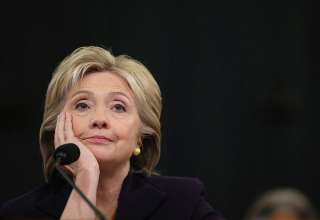 H. Clinton praised the position of the German Chancellor Merkel to be open to the reception of refugees, but added that the immigration policy causes dissatisfaction among voters and allowed the right wing to hijack the election sympathies. Refugees caused a great dissatisfaction among voters, that, according to Presidential ex-candidate, contributed to the election of President Trump in the United States and the decision of the British people to leave the European Union.

Europe must get immigration under control to stop the growing threat of right-wing populists. That said former presidential candidate Hillary Clinton in an interview to the Guardian. She calls on the European heads of government to give a strong signal by speaking out against the continued reception of refugees.

“I think that Europe should get migration under control, because that is what lit the fire. I admire the generous and passionate approach, particularly by a head of state like Angela Merkel, but I think we must say that Europe has made its contribution and is now sending a clear message. “