Home Politics They came to bomb terrorists to the stone age, now they ask them to give a little extra time for evacuation 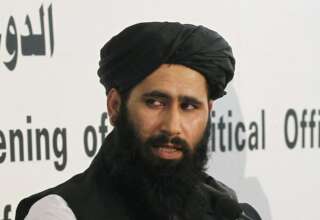 The allies of the US failed to persuade US president Biden to extend the evacuation operation from Kabul beyond August 31, during a virtual G7 meeting. On the advice of the Pentagon, Biden is meeting the deadline agreed with the Taliban. The condition is that the Taliban continue to participate in the evacuation, a government spokesperson told Reuters news agency.

The US Department of defense fears attacks on the US military at the airport, if the United States allows their troops to stay longer. The Taliban had announced shortly before the G7 meeting that they would not agree to extend the evacuation mission, even if it was not completed by 31 August. Earlier, they had warned of a ‘reaction’ if the US did not meet the end date, although they left in the Middle what the Americans had to count on.

According to the American media, the US is already starting this weekend with the withdrawal of the six thousand soldiers Biden sent to Kabul to facilitate the evacuation. To avoid problems, CIA Director William Burns travelled to Kabul on Monday to consult with Taliban leader Abdul Ghani Baradar. The meeting was remarkable, especially as the CIA helped Baradar’s arrest in Pakistan 11 years ago. The Taliban leader was released eight years later at the request of the Americans so that they could negotiate with him.

At a video conference of G7 leaders on Tuesday, the European Union urged Biden to allow the US troops to stay longer, but the US president stood firm, according to German Chancellor Merkel. According to her, the meeting ended without the agreement to extend the evacuation mission.

‘We cannot continue the evacuations without the United States’, Merkel noted after the video conference. She hopes that after the departure of the Americans the airport can still remain open with the help of NATO ally Turkey. Talks are now being held with Taliban about the possibility that Turkish soldiers will continue to protect the airport.

According to British Prime Minister Boris Johnson, the G7 does demand that the Taliban guarantee that anyone who wants to leave the country will be allowed to leave after 31 August. “Some say they won’t accept that, but I believe they will see the need for it, because the G7 has considerable power, economic, diplomatic and political,” Johnson threatened. According to him, the G7 countries will not recognize the Taliban government if they do not comply with this requirement.

But from the Taliban camp on Tuesday, sounds were very different. They want an end to the exodus of Afghans. They called on the thousands of Afghans who had gathered at Kabul airport to return home in the hope of a flight abroad. According to Taliban spokesperson Zabihullah Mujahid, Afghans are no longer allowed to enter the airport and should not attempt to leave the country.

According to Mujahid, foreign powers should also stop ‘encouraging’ Afghans to flee their country, now that the Taliban have taken over power. Mujahid demanded that the US and other countries only evacuate their own citizens and no more take Afghans on board. According to him, Afghanistan needs ‘qualified people’.

Afghans must return to their homes, work and normal lives, now that, according to the Taliban spokesperson, there is ‘no danger’ for them anymore. “Let’s live together. For us, the war is over,’ said Mujahid.

However, Afghan women have to stay at home for the time being ‘for their own safety’. But according to Mujahid, women will not be permanently excluded from their work. The new rulers would like ‘opportunities’ to allow them to return to their jobs.

They had previously promised that women would have more rights than between 1996 and 2001, when the Taliban were also in power. But especially from the provinces reports that women are forced to stay at home again and are only allowed to take to the streets under the guidance of a man.

According to Michelle Bachelet, the UN Human Rights Commissioner, the Taliban is also guilty of summary executions of civilians and employees of the former regime. The Taliban have said they will investigate all these reports. But there are also reports that Taliban fighters have raided UN offices and smashed everything up.