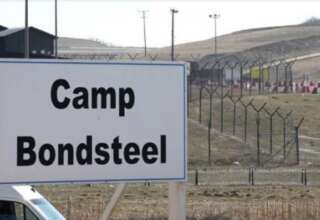 U.S. officials are in talks with Suriname to send Afghans detained on a U.S. base in Kosovo to Suriname, after failing to meet the entry requirements for admission to the U.S. Suriname’s ambassador to the U.S., Marten Schalkwijk, confirmed that talks with the U.S. are in a preparatory stage and that Suriname is considering moving forward, reports the U.S. newspaper The Wall Street Journal.

” We are considering it, ” said Ambassador Schalkwijk, adding that Suriname would appoint a team to handle the talks if necessary. “In general, Suriname is a country where people can adapt quickly,” he said.

The U.S. State Department declined to comment on any talks with Suriname about hosting the Afghans, who were evacuated last year during the collapse of the U.S.-backed government and the Taliban takeover of Afghanistan.

“The State Department is in regular discussions with allies and partners about finding sustainable, safe, voluntary resettlement solutions for Afghans who do not have a way into the U.S.,” a spokesman wrote in an email. “I will not go into the details of talks with any particular country.”

The US sent the Afghans, many accompanied by spouses and children, to Camp Bondsteel in Kosovo after they were flagged for additional screening during the vetting process, which included interviews and Security database checks. Family members with U.S. citizenship or green cards were free to continue their trip to America, but many families chose to stay together.

President Chan Santokhi met with U.S. Secretary of State Antony Blinken on Thursday. The country is one of the most diverse countries in Latin America, with African, Native American, Indian, Javanese, Chinese, European and multiracial groups. It also has a large Muslim population, writes The Wall Street Journal.

The group of Afghans detained in Kosovo told the US they were worried about the plan to send them to Suriname because of the country’s crime rates and low economic output, according to several people who spoke to The Wall Street Journal.

Several Afghans detained in Kosovo have said a total of 16 cases have been denied entry since they were evacuated from Afghanistan. Six have chosen to move on, moving to Dubai, where they previously had ties, or returning to Afghanistan.

Among the remaining family members in Camp Bondsteel is an American woman married to an Afghan man and their three young children. She is due to give birth in the coming weeks, but has so far rejected attempts to move back to the US for childbirth. Her husband, an Afghan businessman, has been denied entry to the US.

The US State Department gives no reason for refusal and many Afghans say they do not know why they were disqualified. Afghans from all walks of life ended up in Camp Bondsteel in Kosovo, ranging from a young businesswoman to a former head of intelligence.