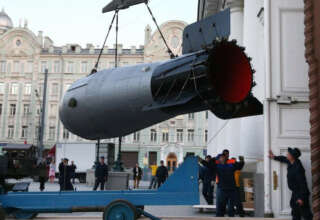 For the time being, Russia will no longer allow the US to carry out nuclear weapons inspections under the New START treaty. Kremlin says that US sanctions make Russian inspectors impossible to work, and therefore suspends cooperation for the time being.

The New START treaty is the only remaining nuclear weapons agreement between the two countries. It is about agreements that president Obama made in 2010 with his Russian colleague Medvedev about the nuclear arsenals of their countries. For example, both countries are not allowed to own more than 1500 operational nuclear warheads.

Presidents Putin and Biden agreed to an extension last year, two days before the treaty was due to expire. The new treaty is valid until 2026.

Moscow says the treaty is still important, but argues that US sanctions because of the war in Ukraine give the US a unilateral advantage. Russian inspectors may find it difficult to enter the US to do their job due to lack of direct flights and visa requirements, a spokesman explained. The spokesman stressed that it is a temporary suspension of the inspections. The Russian Foreign Ministry called it a”crucial tool for maintaining international security and stability.”

The White House has not yet responded to the Russian decision. In renewing the treaty, Foreign Minister Blinken said the treaty helps”reduce the risk of war and prevents an arms race”.