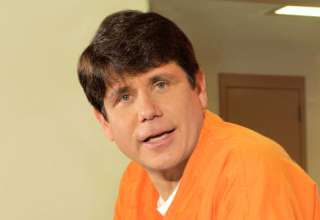 The President’s pardon released Rod Blagojevich, a former Illinois governor convicted of corruption. The move has led to criticism.

US President Donald Trump on Tuesday granted a sentence reduction to, among others, Rod Blagojevich, a former governor of the state of Illinois who was sentenced to fourteen years in prison for corruption in 2011 – a controversial step that has intensified criticism that Trump is interfering with US legal proceedings.

Blagojevich, a personal friend of Trump, is released by adjusting his sentence. The former governor, a Democrat, was convicted in 2011 for several offenses, including attempts to sell the vacant senate seat of then-president Barack Obama to possible successors. As the governor of Illinois, Blagojevich had the right to appoint a successor to Obama as a senator on behalf of Illinois.

Trump also pardoned some other prominent figures convicted of white collar crime. Among them are banker Michael Milken, who became known on Wall Street in the 1980s as the “king of junkbonds” and was sentenced to two years in jail and a fine for insider trading. Trump also pardoned Bernard Kerik, a former police chief of New York who became famous for heroic acts after the September 11, 2001 attacks. He was sentenced in 2010 to four years in prison for tax fraud.

In total, Trump pardoned seven people, turning their conviction into acquittal. Four people, including Blagojevich, received a reduction in sentences, so that convictions are maintained.

“He has been detained for eight years, which is a long period,” said Trump about Blagojevich, who previously participated in his television show Celebrity Apprentice. According to the president, Blagojevich was tackled too hard by prosecutors who also investigated himself. He said he acted on the recommendation of acquaintances, including his personal lawyer Rudy Giuliani, former mayor of New York. According to The New York Times, there are no indications that the President has followed usual procedures at the Department of Justice for granting a sentence reduction or pardon.

Trump’s decision has led to criticism from both Republican party members of Trump and Democrats. Five Republican Delegates from Illinois, a state known for a culture of political corruption, called Blagojevich “the face of corruption in Illinois.” Democratic Delegate Bill Pascrell rejected Trump’s steps as “a national scandal” of a “lawless” president.

Trump’s steps follow accusations that he has immediately taken legal action in the case of his former adviser Roger Stone, who is expected to hear his verdict on Thursday following a trial that resulted from the investigation of the Russian special prosecutor research, Robert Mueller. After Trump criticized the sentence, it was lowered by the Ministry of Justice last week. Prosecutors at the case have stepped up.

It is still unclear whether Trump also intends to grant grace to Stone or other convicted former employees as a result of the Russian investigation, such as former campaign leader Paul Manafort and former National Security Advisor Michael Flynn.