Home Politics Republicans are opening convention with warning: Biden is going to destroy the country 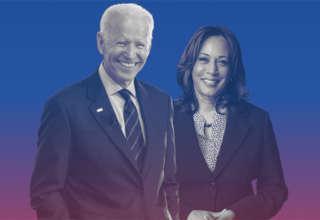 At the Republican Party convention, several speakers issued the apocalyptic message that the US is in danger of slipping into chaos, anarchy and lawlessness when the Democrats come to power. Only when president Trump is re-elected will Americans keep their freedoms and remain safe in the country, was the key message.

It was in line with what president Trump said before the convention began in Charlotte, North Carolina: “if our opponents win, no one is safe in our country.”

Trump then flew back to the White House, where live speeches from relatives, politicians or other Trump supporters were recorded.

One of them was ex-UN Ambassador, Nikki Haley. She said that the Democratic Party has made a habit of saying that the US is a racist country. “That’s a lie. America is not a racist country.” She said the country will only get better. “It is time to make America even freer, fairer and better for all. That is why it is so tragic to see so many in the Democratic Party close their eyes to the riots and rage.”

Haley said Biden is mostly good for Iran, the Islamic terror group and communist China. “He is a godsend to anyone who wants America to apologize and renounce our values.”

Donald Trump jr., the oldest son of the president, also gave a speech in which he declared the November elections as a referendum for the survival of the United States. “In the past, both sides believed in the good of America. We agreed on where to go. We just disagreed on how to get there. This time the other party is attacking the values on which this country is built: freedom of thought, freedom of speech, religious freedom, the rule of law.”

The speech by Kimberly Guilfoyle, Trump jr.’s girlfriend and a fund-raiser, was most notable. She made a speech that was so passionate, it looked like she was in a trance.

Guilfoyle warned in her speech that the Democratic socialist policy would destroy the United States. She says California should serve as a warning. She called it a state of “used needles in parks.” Guilfoyle was married to the current governor of California, Gavin Newsom.