Home Politics Police around the country gets a budget buzzcut 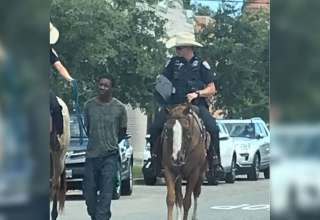 The Los Angeles Police Department (LAPD) will be spending $ 150 million less next year. That’s what the city council has decided. The decision comes at a time when calls across the country are being called for less money to be given to the police, which has come under fire for cruelty.

The money released will go to projects for minorities, including a summer job program for young people. The number of agents will be reduced from 9988 to 9757 in the coming year. This means that the target of 10,000 agents has been abandoned.

“This is a step forward, supporting minorities in the way they deserve, with respect, dignity and equal opportunities,” said Councilor Curren Price. The LAPD has an annual budget of about $ 2 billion.

Police budgets are also being cut in other American cities. In New York, it was decided yesterday to transfer $ 1 billion of the police budget to education and social projects. Critics say that some of that money ends up with the police again in the form of school surveillance contracts.

In Minneapolis, where riots recently broke out after a white officer killed black man George Floyd, the city government is considering dismantling the entire police force.