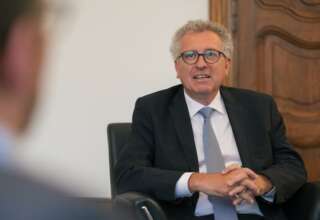 The Group of Seven (G7) countries–Canada, France, Germany, Italy, Japan, the UK and the US–on 5 June reached a deal that would force multinationals to pay more taxes and disincentivise them from shifting profits to lower tax countries by introducing a global minimum rate.

“The G7 Finance Ministers have made a significant, unprecedented commitment today that provides tremendous momentum towards achieving a robust global minimum tax at a rate of at least 15%,” US treasury secretary Janet Yellen said in a statement.

Talks for a reform of global taxation have been going on for at least eight years, since the OECD launched its action plan on base erosion and profit shifting, but there was new impetus under a US push to launch a global rate, announced in May.

Key details of the agreement, such as which companies would be affected and how the tax revenue would be distributed, remain to be negotiated over the coming months. Gramegna said he is “looking forward to contributing to a detailed agreement.”

The finance minister already in May had signalled Luxembourg’s support for such a measure in an interview with Bloomberg. However, he also said that small countries in the EU “have specific considerations to value and put forward that need to be taken into consideration.”

Irish finance minister Paschal Donohoe in an interview with Sky News on 25 May said his country’s 12.5% rate would still be in place in five to ten years’ time.

Lack of ambition
The European Tax Observatory in a study said Luxembourg would have gained €4.1bn in tax revenue under a 15% minimum tax rate in 2021. The EU as a whole would have gained an additional €48.3bn.

Launched on 1 June, the observatory was founded to provide policymakers with research and analysis to clamp down on tax avoidance and evasion.

The US had initially proposed a 21% global minimum corporate income tax rate but revised this to 15%. Under a 21% minimum, the EU would have gained €98bn in revenue, with Luxembourg at €6.3bn.

Not-for-profit Oxfam said the agreed rate is too low. “It’s absurd for the G7 to claim it is ‘overhauling’ a broken global tax system by setting up a global minimum corporate tax rate that is similar to the soft rates charged by tax havens like Ireland, Switzerland and Singapore,” said Oxfam’s executive director Gabriela Bucher in a statement. “They are setting the bar so low that companies can just step over it.”

Alex Cobham, chief executive of the Tax Justice Network said: “By settling for anything less than a 25% tax rate, the G7 is telling their citizens and the world that they’re willing to keep the race to the to bottom alive and kicking,” adding that it would be mostly the G7 countries themselves who will benefit from the agreement.