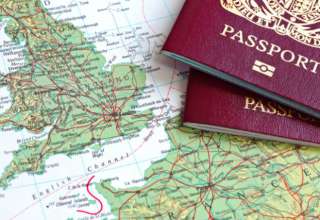 The British government spelled out on Thursday what it would do to protect the rights of British citizens living in the EU in the event that the UK crashed out of the union without a deal, including those who were forced to return home.

The policy paper spells out some of the measures that would be taken to protect the citizens’ rights of EU nationals living in Britain and those of Britons living throughout the EU if there was a no-deal Brexit.

However the government insists that the only way the rights of Britons can really be protected is if the deal is ratified.

“The Withdrawal Agreement is the only way the UK government can guarantee the rights of the one million UK nationals living in the EU,” says the document.

The British government has called on EU member states to uphold their commitments to protect the rights of Britons living in their countries, whom they want to be able to stay and enjoy the same rights and protections as when Britain was part of the EU.

But the government accepts that depends on London acting first.

“That is why the UK has taken steps to remove any ambiguity and provide complete reassurance for EU citizens in the UK. We ask that the EU and Member States do the same for our nationals,” reads the policy paper.

“We have always been clear that we highly value the contributions EU citizens make to the social, economic and cultural fabric of the UK and that we want them to stay in the UK.

“To remove any ambiguity, the UK Government guarantees that EU citizens resident in the UK by 29 March 2019 will be able to stay and we will take the necessary steps to protect their rights even in a unlikely ‘no deal’ scenario.”

This should be positive news for Britons living in the EU. For example the French government has stated it will protect the rights of Britons in France based on what is in the withdrawal agreement, but only if London acted and gave guarantees to French nationals in London.

Kalba Meadows from British in Europe and Reman in Farnce Together Campaign groups told The Local: “We very much hope that this confirmation that the UK intends to effectively honour the provisions of the Withdrawal Agreement if there’s no deal will be enough for France to go ahead and do the same.”

The paper contains some pledges that will be important to Britons living throughout the EU, notably those who are retired.

“Where it is in our control, the UK will also continue to preserve certain rights of UK nationals in the EU, for example by continuing to pay an uprated UK state pension to eligible UK nationals living in the EU.”

And if British nationals found they could no longer continue their lives in the EU and were forced to return home then the government said it would “consider” rather than guarantee certain measures.

On the subject of health and voting the government said: “We understand that access to healthcare is vital and can confirm that UK nationals who returned to the UK permanently in a ‘no deal’ scenario would have access to NHS-funded healthcare on the same basis as UK nationals already living here. They would also be able to register to vote in local and national elections.

And on the issue of returning with family members who are not British nationals:

“We understand the right to bring EU and non-EU citizen family members is an important concern. The Government is considering the support that could be offered and will set out further details in due course,” reads the paper.

And if people have to return to the UK?

And when it comes to accessing vital benefits and housing, the government says it is considering how best to act to support returning UK nationals.

“We recognise that an issue raised by UK nationals is their ability to access to benefits and housing quickly on return to the UK. Arrangements will be made to ensure continuity of payments for those who return and are already in receipt of UK state pension or other UK benefits while living in the EU.

“We are considering how support could be offered to returning UK nationals where new claims are made and will set out further details in due course. UK nationals will continue to be able to access education in the UK,” the paper says.

British in Europe’s Kalba Meadows said: “A lot of people have asked us what would happen if they felt they had to return to the UK after Brexit. So it’s reassuring to read that the UK would ensure immediate access to health care and benefits, as that’s been a huge concern.”

Reciprocal agreements need to be made

But the British government accepts that in the case of no deal, much depends on reciprocal agreements so no matter what London offers to EU citizens, Brits in the EU still need their adopted countries to agree to put the same measures in place especially when it comes to healthcare and benefits.

“Aspects of the reciprocal healthcare and social security coordination section of the Withdrawal Agreement require reciprocity from the EU or individual Member States and cannot be protected unilaterally,” the document said.

“We are exploring options to protect past social security contributions, made in the EU and the UK, and reciprocal healthcare arrangements in the unlikely event of a ‘no deal’ scenario. We are in the early stages of discussions and will announce further details of such options prior to our exit to allow citizens to make appropriate arrangements.”

Meadows said: “This should reassure a lot of British pensioners living in France as well as those who’ve worked both in France and the UK and whose contributions would be aggregated.”

One line in the policy paper that did anger campaigners was the government’s claim that they have “engaged extensively with UK nationals in the EU over the last two years.”

British in Europe’s Kalba Meadows said: “Although we have met with officials at Department for Exiting the EU, we at British in Europe have been trying continuously to meet with the Secretary of State for that department and have never had been invited to do so.

“We’ve also requested meetings with Theresa May on several occasions and our requests have simply not been acted on. We would very much like to have had the opportunity to present the concerns of the 1.2 million Brits in the EU to both of these directly – and indeed we still would.”