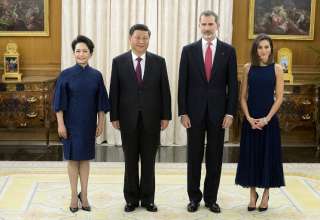 The New York NYSE stock exchange owner is going to terminate the quotations of Chinese telecom companies. The stock exchange operator is doing so at the behest of the Trump government, which last month forbade US investments in Chinese companies that according to Washington are controlled or owned by the army in China.

Trade in China Mobile, China Telecom and China Unicom Hong Kong will be suspended between 7 and 11 January. In addition, the process has been started to delete the quotations of the companies, according to a statement by NYSE. The three companies are all listed in Hong Kong.

The November Executive Order of US president Donald Trump has implications for some of China’s largest companies. In short, American investments in Chinese companies owned or controlled by the military are excluded. In doing so, Washington wants to put pressure on Beijing about what it considers to be an abuse of commercial practices.

The order forbade American investors to buy and sell shares of a series of Chinese companies designated by the Pentagon as companies with military ties. The list now includes 35 companies, including the oil company CNOOC and China’s largest chip maker, Semiconductor Manufacturing International.

The Chinese State Department, in turn, accused the US of “falsely accusing” its military-civil integration policy and vowed to protect the country’s companies. China is also threatening to come up with its own blacklist of American companies in response to previous actions by the Trump government.

China Telecom is also under attack from the US Federal Communications Commission (FCC). The telecom watchdog recently said that it had begun the process of withdrawing the company’s license to operate in the US.

The links between Washington and Beijing have deteriorated more and more over the last year. This is due, on the one hand, to the handling of the coronavirus outbreak, but also to the imposition of a national security law in Hong Kong by Beijing and the increasing tensions in the South China Sea.

Separately from this issue, Trump signed a law last month that would ban Chinese companies from the US stock exchanges, unless they comply with US accounting standards.