Home Politics Nuclear talks did not start, but that’s not a drama 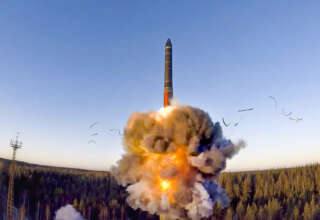 Tuesday, November 29, was a date that was circled in red on the calendar in both Moscow and Washington. For a week, the so-called “start treaty”, the only nuclear agreement still standing between the two countries, was to be negotiated. One day earlier, First Russia, and later also the USA, renounced. It means a new freeze in the relationship between both world powers.

One day in advance, the Russian delegation canceled, but immediately indicated that they would look for a new date. It can’t be viewed as a dramatic termination, it seems a pin prick and muscle ball display. The Russians would like to show that they want to be taken seriously on the world stage and there is nothing to do with them.

The treaty will eventually be extended. The interests of both countries are too big for that. Russia is dealing with an imploding economy. There can be no new arms race. The allure that these types of treaties bring also plays a role. This treaty gives them a seat at the table with Washington, which is nice for a nation that sees itself as a truncated superpower.

The United States also has an interest in the treaty. We want to show the other NATO countries that the US is a reliable treaty partner.