Home Politics “No risk of recession due to interest rate increase”, they say 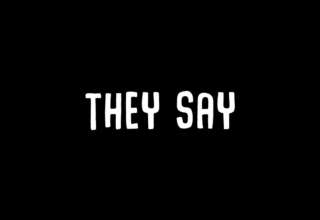 The interest rate hikes Powell is now proposing cannot cause a recession in the US, Edin Mujagic said. If so, then there is a bigger problem than high inflation. The Fed has decided to raise the official interest rate by 75 basis points to the 1.5 – 1.75% range. That’s more than 50 basis points that were previously ahead.

The reason for that extra step is that inflation not only remains high, but it has taken the Fed unpleasantly by surprise. The bank had expected monetary devaluation to stabilize around this time of the year.

In May, inflation was higher than a month earlier. According to Fed Chairman Jerome Powell, a bigger step was needed.

When Powell talked about the overarching reason, investors got an impression of how the Fed views the situation and on the basis of which confidence in the central bank received a boost.

Powell said that “we cannot have the economy and labor market we want without low inflation. Low inflation is the foundation for a strong economy. Many experience high inflation for the first time, people do not like high inflation. We understand that very well, which is why we are determined to bring down inflation. The policy is not popular, but we do.”

Powell also argued that the neutral level of interest rates in the medium term – that is, the level at which inflation is neither fueled nor slowed down – has a two before the decimal point.

And this is an important point. If he then indicates that the members of the committee consider it necessary to bring the official interest rate to 3% in 2022 and further on the Jacks in the course of 2023, then he says that the Fed is on the way to a tight monetary policy.

Not tight, that’s the way to it, but tight. A policy that will slow down the increase in demand for goods and services for a while in order to limit price increases. This is the sound that investors like to hear; that low inflation is valuable for the economy, that unpopular measures in the short term should be taken anyway.

The above also indicates that Powell’s promise that the Fed will continue to raise interest rates is not a hollow phrase.

Whether the interest rate can rise by 50 basis points again and at least one meeting this year can keep the interest rate unchanged. I expect that may be the December meeting, because there is a good chance that by then inflation will have peaked.

Powell also see that several months of falling inflation will be needed for the Fed to weld a break and that may be the case in november or december.

Is the Fed in danger of causing a recession? I totally agree with Powell when he says it’s hard to see how an interest rate of between 1.5 and 1.75% now or even 2% and more later this year is too high.

These are not interest rates that cause a recession. And if such interest rates do lead to a recession in the US, then we have a much bigger problem than high inflation. Because if the US economy can’t handle 2% interest rates from the Fed, then you can describe that as a big problem.

This does not mean that a recession is unlikely. No, the chance is high. But I think the reasons for that will be other than the Fed’s rate hikes alone.

All in all, it can be expected that the Fed will continue its fight against inflation in the coming months and quarters. In doing so, interest rates will slow down economic activity, but will not reach the level at which the Fed plunges the economy into recession. In addition, the bank will again and again test the rate of interest rate increases against developments in the economy and, if necessary, slow it down.

During the press conference, Powell radiated calmness, skill, empathy (several times he said he understood very well what inflation does to ordinary Americans) and a sense of reality. The latter was evidenced by the fact that he said more than once that the Fed does not know something or is not sure about something.

That is a world of difference with the ECB and president Christine Lagarde. With press conferences, blogs and other expressions, the ECB is more likely to create additional uncertainty and less confidence in the bank than more confidence and less uncertainty.