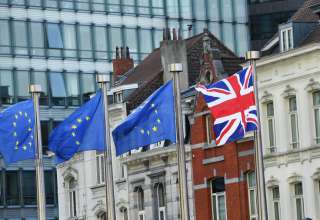 The European Commission published its contingency plans for a no-deal Brexit on Wednesday and asked member states to take a “generous approach” to securing the rights of UK citizens living in their countries.

The EU Commission, just like the British government, is ramping up its preparations for the growing possibility that Britain could crash out of the EU without a deal.

Although a Withdrawal Deal has been agreed between London and Brussels it still appears unlikely that British Prime Minister Theresa May will have enough backing in the UK parliament to ratify the agreement.

MPs are not set to vote on the deal until January which means both sides are rapidly stepping up their contingency plans for a no-deal, an event both Brussels and London are still keen to avoid.

On the crucial subject of citizens rights the Commission has decided not to take action as a bloc but instead urge individual EU countries to take steps that would allow UK citizens to stay and give them time to apply for the relevant visa.

But campaigners for Britons in Europe say the EU’s decision to leave the issue of citizens rights up to individual countries shows that the millions of EU citizens in the UK and the one million Brits in Europe have been “abandoned”.

They are particularly angry that Brits in the EU will not benefit from any transition period if there’s a no-deal.

Jane Golding, Co-Chair of British in Europe said: ‘We are appalled to learn that, while aviation and financial services merit an extension of current agreements in the case of no deal, people do not.

“This means that there will be no soft landing for over 1.2 million British nationals living on the continent who will have to adjust to life as third-country nationals overnight once all their EU rights have been stripped from them.”

The EU Commission said on Wednesday: “The United Kingdom will leave the European Union in 100 days’ time.

“Given the continued uncertainty in the UK surrounding the ratification of the Withdrawal Agreement, as agreed between the EU and the UK on 25 November 2018 – and last week’s call by the European Council (Article 50) to intensify preparedness work at all levels and for all outcomes – the European Commission has today started implementing its “no-deal” Contingency Action Plan.”

“Today’s Communication invites Member States to take a generous approach to the rights of UK citizens in the EU, provided that this approach is reciprocated by the UK,” read a statement.

“It is recalled that the Commission has already adopted a proposal for a Regulation which exempts UK nationals from visa requirements, provided that all EU citizens are equally exempt from UK visa requirements.

“As regards social security coordination, the Commission considers it necessary that Member States take all possible steps to ensure legal certainty and to protect the rights acquired by EU27 citizens and UK nationals who exercised their right to free movement before 30 March 2019.”

The Commission also released a Q&A that covered the issue of citizens’ rights.

Reacting to the plan British in Europe’s Jane Golding added: “In practical terms with only 100 days to go, the Commission is merely asking the EU 27 to make sure we can still be considered legally resident on 30 March 2019 and stand ready to issue documents to provide evidence of that.

“This will be a massive and overwhelming task in some countries. After that, the EU 27 would then be asked to process applications for permanent third country national documents by the end of 2019.”

Golding said the Commission’s plan was proof that British citizens will have to fend for themselves if there is a no-deal.

“With the spectre of no deal rising again, so are people’s anxiety levels and it is wrong that citizens’ rights were not guaranteed at the outset,” she said.

“Now British citizens have a been given a clear message that if there is no deal they are on their own, abandoned by the UK government and the EU. This is a far cry from the negotiators’ promises that we would be able to live our lives as before.”

Kalba Meadows from the Remain in France Together (RIFT) told The Local: “They’re kicking the entire citizens’ rights can across to individual member states, which is going to lead to widespread differences in treatment of British people living in different countries because residence rights for third country nationals is a mixture of shared and national competence.

“When the negotiations began, citizens’ were the “first priority” for the Commission. Now we’re just ‘a’ priority, and not a very high one at that.

“The only light in the tunnel is that France is well ahead with its own no deal contingency planning and has shown itself to be genuinely concerned to protect the rights of British residents, although obviously that is contingent on the UK’s treatment of French citizens living there.

“All of this shows why a ring fenced citizens’ rights agreement is so desperately important.”

Local Europe has reported in recent weeks the preparations certain EU countries are making for a no-deal Brexit.

In France French MPs have just voted through a bill that will allow the government to take emergency measures that would effectively allow Britons already in France to continue to stand work or be retired.

A similar move has been taken in Germany and Sweden has also been stepping up its own contingency measures to prepare for a no-deal.