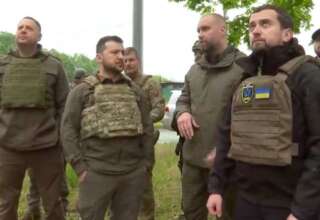 The United States does not supply missile systems to Ukraine that can reach Russian territory. US president Joe Biden said this at a press conference at the White House on Monday, Reuters reports. Biden contradicts earlier reports that Washington would deliver advanced long-range missiles to Kiev.

The Ukrainian government has long been asking for MLRS missile systems, which often have a range of hundreds of kilometers. With this, Kiev hopes to force a breakthrough in the war against Russia.

The Kremlin has previously said it is against supplying such systems by the West. Dmitry Medvedev, vice-president of the Russian Security Council, called Biden’s decision “rational”on Monday afternoon.