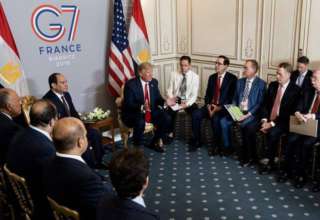 President Joe Biden’s administration will not independently invite Russia to participate in talks in the G7, the group of Western world leaders.

According to White House spokesman Jen Psaki, this can only happen if all participating countries agree. In doing so, the Biden government is distancing itself from the policies of former President Donald Trump, who in June last year called the G7 a “very old-fashioned group of countries” and felt that Russia, Australia, South Korea and India should join them. President Vladimir Putin denounced the format as virtually useless without participation of China as an emerging superpower.

“I do not think we will send new invitations or repeat invitations to Russia,” Psaki said. “If that is the case, we will of course do so in consultation with the other G7 countries.”

In the G7, Canada, France, Germany, Italy, Japan, the United Kingdom, the United States and the European Union are discussing international and economic issues.