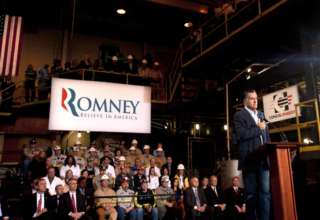 Republican senator Mitt Romney does not approve of president Donald Trump’s claim that the elections are being ’stolen’. According to Romney, who was still a presidential candidate in 2012, such statements could be detrimental to the country.

According to Romney, Trump is entitled to ask for recounts or calls for an inquiry into wrongdoing, provided there is any evidence to support it.

But ” he shouldn’t say the election was rigged, corrupt and stolen,” the senator writes in a statement. He warns that Trump is damaging American institutions and fueling” destructive and dangerous ” feelings in people.

Romney calls on Americans to have “faith in democracy”, the Constitution and their countrymen. “The votes will be counted. If it is said that there are irregularities, they will be investigated’, says the politician, who emphasises that courts will then have the last word.