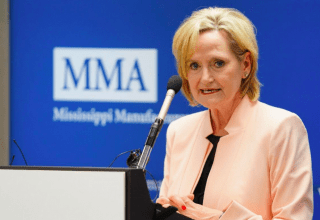 Republican Cindy Hyde-Smith retook her senate seat on Tuesday in a retaliation in the US state of Mississippi. The Republican majority in the Senate will therefore have 53 seats since January, versus 47 seats for the Democrats. The Republicans thus increase their seizure of power: their majority now only has 51 seats compared to 49.

The victory of Hyde-Smith on her black counter-candidate Mike Espy was expected; she was well ahead in the polls. The Republican is a avid Trump supporter. The president came to speak to her on Monday.

Hyde-Smith had been in trouble in recent weeks due to some controversial statements. She said she would “sit in the front row” if a supporter invited her to “a public hangout”. That statement was considered very inappropriate in a state where historically many blacks were lynched, and while her political opponent was black. Several sponsors of her campaign, including Walmart, therefore asked for their money back.

Hyde-Smith also appeared to have a predilection for the Confederation of southern states that defended slavery during the American Civil War.

The voters had to go again to the ballot box for the “special election” of the deputy for Republican Thad Cochran, who resigned from the Senate because of health problems. The Republican Hyde-Smith had already been appointed as a temporary successor, with the support of Trump.

Five candidates battled on November 6 to win that Senate seat, but nobody gained the necessary 50 percent of the votes: Hyde-Smith took 41 percent, Espy 40. That’s why a second round of voting came on November 27th.

Mississippi was the last state of which the outcome of the midterm elections (midterms) was not yet known.