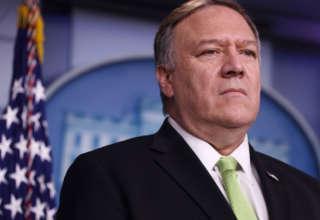 The deal that software company Oracle has agreed with the Chinese company ByteDance around social media app TikTok is not enough to take away the concerns of the US government about that app. There remain questions about ByteDance’s access to users ‘ data and the influence China would have on the company, writes Bloomberg based on insider information.

These concerns are expressed, among others, by Foreign Minister Mike Pompeo. His colleagues William Barr of Justice and Steven Mnuchin of Finance have also been informed about the proposed deal and are looking into it now. In the end, President Donald Trump decides to approve the agreement. It is unclear to what extent he is inclined to listen to the concerns of his ministers.

TikTok had to be sold by the U.S. to an American company for security reasons. The Americans believe that the Chinese government has access to the data of users of the popular video app as long as it is in the hands of the Chinese ByteDance. The company talked to Microsoft, but eventually reached an agreement with Oracle.

That deal is nowhere near a takeover. ByteDance would transfer all TikTok’s activities, not just the American ones, into a company based in the US. The user data would also be stored in the USA. Oracle is then involved in the storage and operation of the American TikTok company. The software maker would also take a minority stake in it, but ByteDance holds more than half of the company.