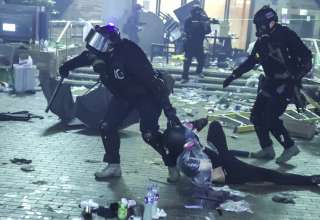 Microsoft also spoke on Thursday against the supply of facial recognition software to the police in the United States. The company says it will not sell the software until a clear national law has been established for the use of the technology.

Amazon recently announced that it would not supply facial recognition software to the police for a year. That company also wants legislation to be introduced so that the use of the technology can be regulated.

“We hope this will give Congress enough time to set up appropriate rules,” the company said.

In recent times, concerns have arisen about the use of facial recognition. Following the death of George Floyd, who died from an agent pressing his knee on his neck for minutes, mass demonstrations against racism and police brutality have taken place in the United States. There is a fear that facial recognition may be used against protesters.

In addition, critics say that the large-scale recognition of faces violates civil rights and privacy. The technique is also less reliable on recognizing women and black people.

Earlier this week, IBM announced that it would stop developing facial recognition technology altogether. The company says the technology is being used for mass surveillance and ethnic profiling, among other things.

Both Microsoft and IBM are not the industry leaders of facial recognition.