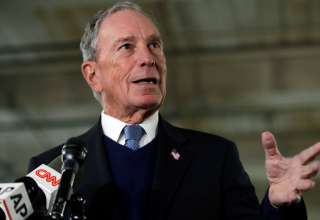 In the debate between six Democratic candidates for the American presidency in Las Vegas, billionaire Michael Bloomberg has had to face fierce attacks from his competitors.

The 78-year-old former mayor of New York, who takes full responsibility for the costs of his campaign, is rising rapidly according to polls across America. He participated in a debate for the first time in these primaries.

It was broadcast live on TV throughout the country and for many voters it was the first introduction to Bloomberg in this role. The debate was held in the state of Nevada, where there are primaries on Saturday, but where Bloomberg is not a candidate.

His opponents tried to portray him as a counterpart to Donald Trump, who, like Trump, tries to gain access to the White House with his wealth. They also attacked him on hostile and sexist statements he allegedly made.

The biggest reproach from his rivals is that Bloomberg is trying to buy the elections with his enormous capacity. He has an estimated assets of more than 50 billion dollars, more than ten times as much as President Trump.

In recent weeks, the media magnate has pumped more than $ 400 million into his campaign, more than all presidential candidates put together. He tries to win the favor of Democratic Congressmen and other leaders.

What also irritates the other presidential candidates is that the party leadership has adjusted the rules so that Bloomberg could participate in the Nevada debate.

“This comes at a time when there is increasing resistance to the power of big money. Now it seems as if the party leadership has fallen on the back for Michael Bloomberg and his billions.”

The billionaire was not doing well in the debate, says Van der Horst.

“The many hundreds of millions he has pumped into his campaign and all those slick commercials cannot hide the fact that he is a very bad speaker and debater. That became painfully clear.”

Senator Bernie Sanders, who did well in the first primaries in the states of Iowa and New Hampshire, even turned his arrows on Bloomberg, as well as former vice president Joe Biden, before the debate. Sanders suggested that Bloomberg is not fit enough to become president and Biden had figured out what subjects he had made conflicting statements about.

In the debate, Senator Elizabeth Warren mainly attacked Bloomberg on his wife-unfriendly statements and on the silence contracts that some women who worked for him had to sign at his news agency. “Maybe they didn’t like my jokes,” Bloomberg’s defense said. He disputed that the women were forced to sign confidentiality contracts.

Bloomberg’s answers showed that he is not used to contradiction, says Van der Horst, “He replied that he himself has never been accused of anything and that these women have chosen not to talk about it. Nobody who believes of course. Because it is his company that has imposed the silence contracts on these women. This part of the debate was indicative of how bad Bloomberg is in such debates. ”

The harsh attacks on Bloomberg are seen as a sign that his competitors have become nervous about his unexpected advance. In just under two weeks is an important moment in the primaries: on Tuesday 3 March, ‘Super Tuesday’, fourteen states will vote simultaneously.

That happens in California and Texas, large states with many inhabitants, where a lot can be gained. The candidates who came out as the best on 3 March have a strong starting position for the continuation of the race for the Democratic nomination.